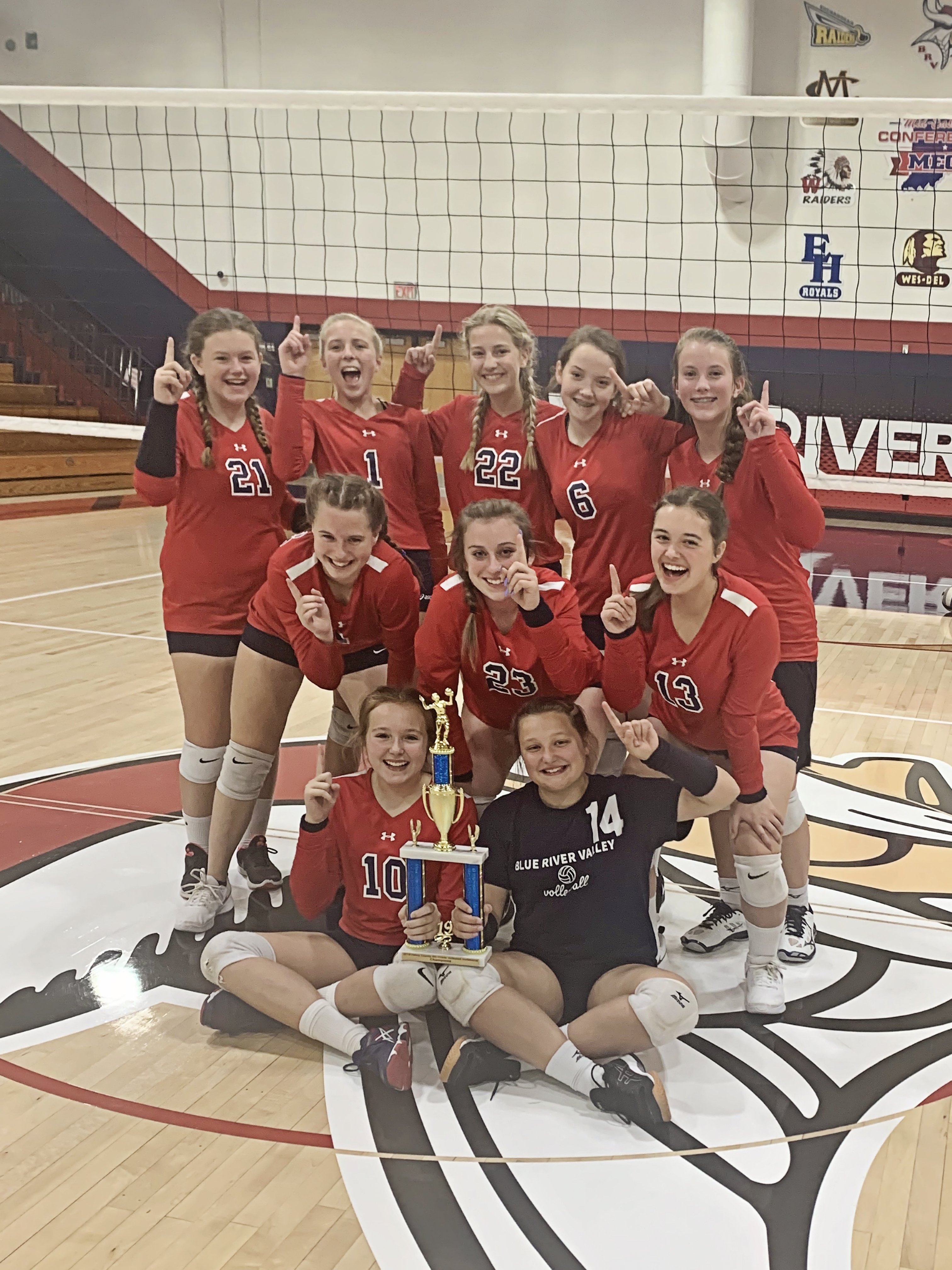 The Viking 8th Grade Team ended their season with a well earned Henry County Championship trophy – something that the Players, Coaches, and Parents are so proud of!

These girls came out strong and ready to play a tough Shenandoah Raiders team. After BRV also winning the regular season match, the Vikings knew that the Raiders would be ready for a good battle in this tourney.

In Game 1, the Vikings led with strong Kills, Aces, Passing, and returns, coming out with a 25-21 win. In Match 2, however, the Raiders got a 9-2 lead. With the help of Maciah Driskill’s serves, the Vikings closed the gap, and the remainder of the match stayed point by point. Passing was calm and consistent from both teams.

With the score tied 24-24, (and a cap of 25 points), the Raiders had a service error in the net, and the Vikings stormed the floor to celebrate the victory.

Awesome playing and teamwork from our Vikings!