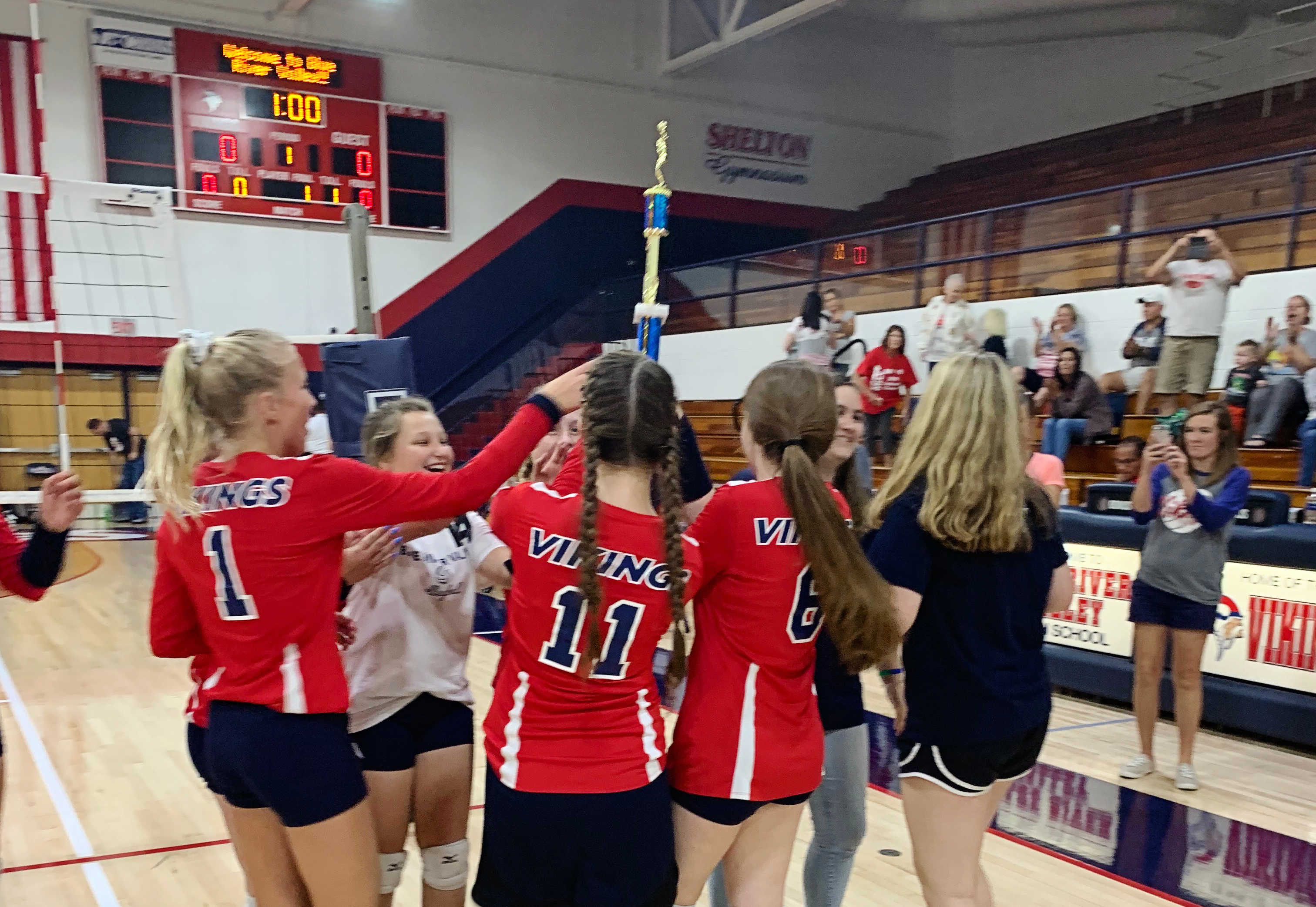 The Blue River Valley Viking Volleyball Team swept past Morristown in the Championship round this past Saturday, Sept 21st at the BRV jr high Invite.

In set one, our serving was on fire, with serving Aces from Isabelle Perdue, Emma McDonald, and Maciah Driskill. Perdue served up the first 7 points, along with 2 great kills from Kaylyn Denney on 2 of those points. Maciah Driskill helped us out in set 1 with 13 straight serves for points 13-25, 2 of those which were Aces.

Set two continued with great passing from the back row, many awesome digs from our libero Molly Claar, and solid serving from the whole team. Leslie Carter was our serving star in the final set, serving 13 straight serves, 3 of those Aces, for points 13-25. Minimal mistakes allowed the Vikings to quickly accomplish their goal. These dedicated 8th graders made several team goals over the summer, one of which was to win a tournament, and this has been accomplished. Another was to flip their record from last years record, and they are already well on their way to seeing this happen!

The Vikings move to a 10-2 record on the season.