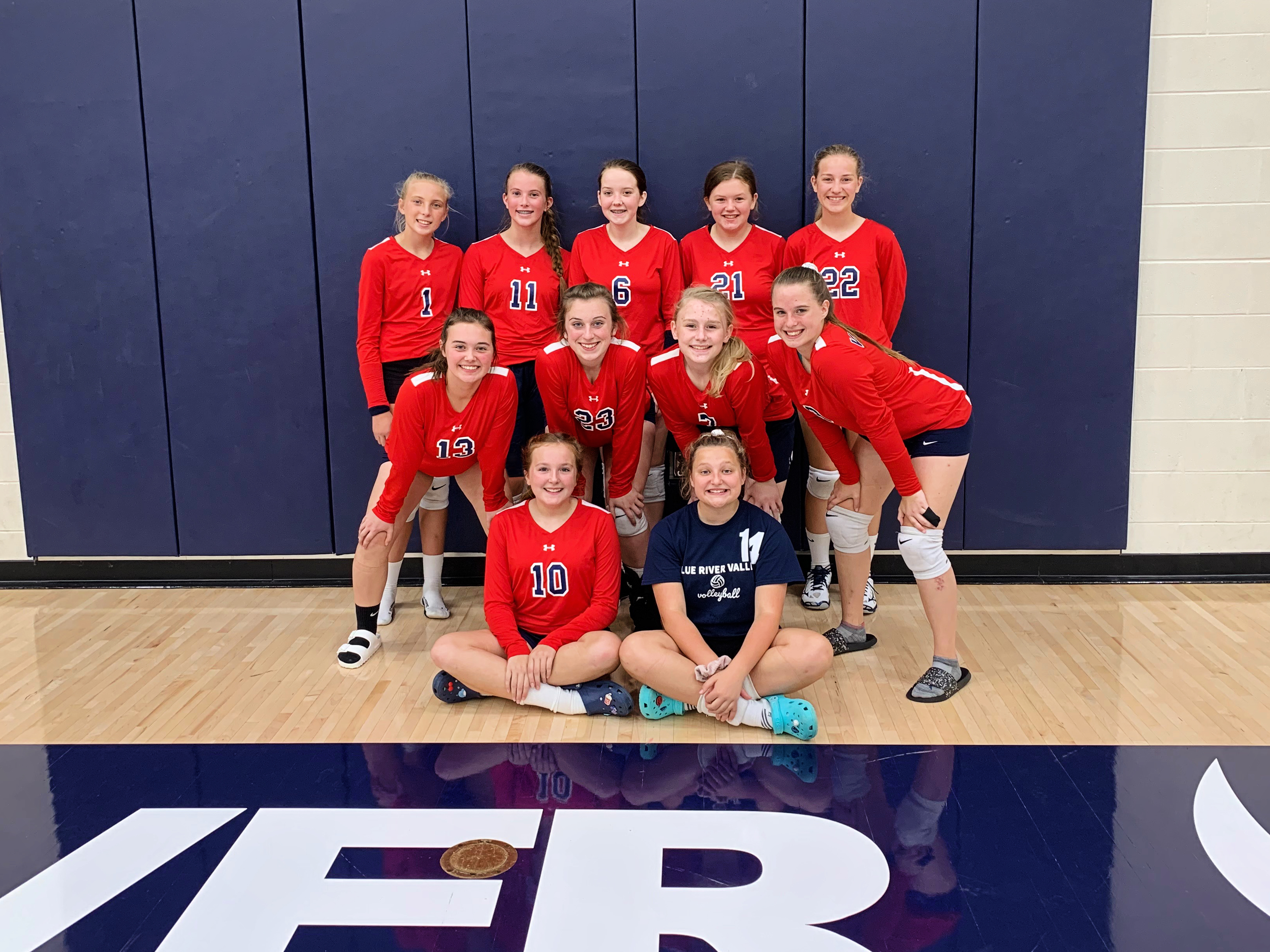 The 8th Grade Viking Volleyball team came out with a win against Union Modoc Monday night. The Rockets were ready to play hard and took a relatively easy lead early on in the first game. They were ahead of the Vikings 5-0, until BRV started picking up their game. Still struggling with serving and moving in the first half of Set 1, Union stayed tied up with BRV. After a couple of Kills each from Isabelle Perdue and Ashlynn Williams, and an Ace from Grace Morgan and Maciah Driskill, the Vikings were able to sweep through the second half of the first set. Emma McDonald had an amazing streak of serving, with 8 Straight serving points, 3 of those which were Aces. The Rockets had a hard time returning McDonald’s serves.

Our passing and moving started improving from all of the players going into set 2. Maciah Driskill helped us out with several Aces and Kills, and Kaylyn Denney had several hits with 2 Kills. Passing covering was much improved and solid from Tori Fulton, Autumn Townsend, Leslie Carter, Ava Willis, and our libero Molly Claar. Union, however, did not let down much in their intensity. Sending the ball back over on the first touch several times, our Vikings had to get in a better habit of moving more quickly and being ready, no matter what!

All in all, the Vikings pulled off a 2-0 Victory as they start off a busy week of games.

No Events This Week

Events are added by athletic staff.
View All Events