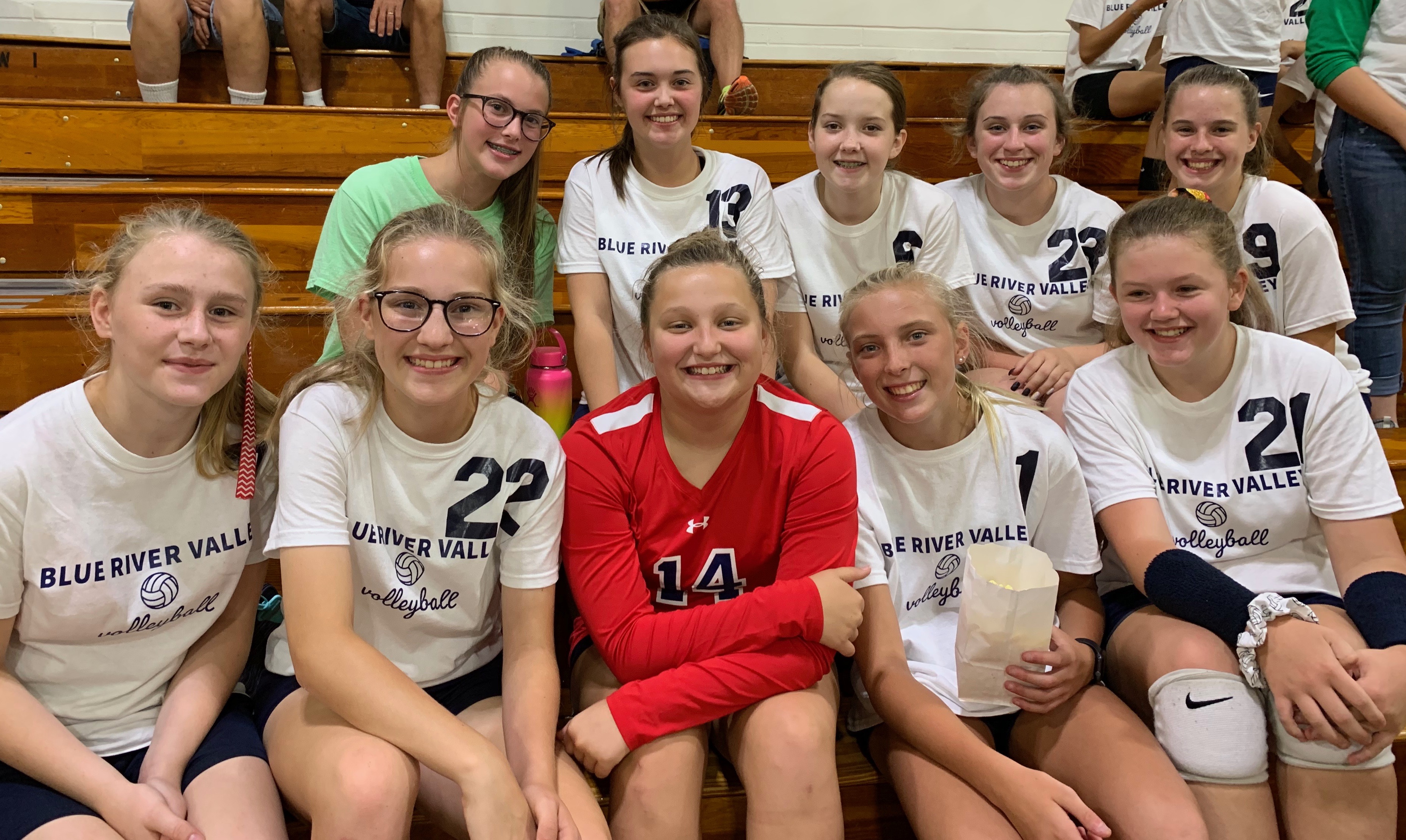 In the Vikings’ first home match of the season, BRV 8th grade ended up with another exciting win! Both teams struggled in the beginning with serving, however, Kaylyn Denney started the Vikings out with 5 straight points, 2 of those which were Aces. Ashlynn Williams, Maciah Driskill, and Isabelle Perdue helped the Vikings get a substantial lead throughout the second half of the set with several kills. Our passing was calm and controlled from all of our Viking players.

Monroe Central came into the second set a little stronger. They closed the lead a bit with a couple of kills, but the Vikings handled their defense well and bounced back. Maciah Driskill had two aces with her cross court serves. There was great and consistent setting from both Driskill and Denney! The Vikings pulled out the victory.