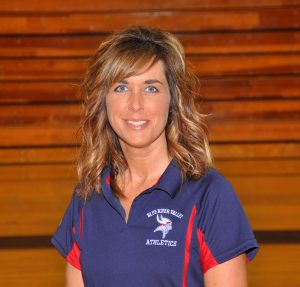 Blue River Valley Athletic Director, Steve Hoskins, is proud to announce Sonja Thornburgh as the Head Varsity Volleyball Coach.  Coach Thornburgh, a 1996 graduate from BRV, will assume the responsibility of leading a program that is coming off a back to back Sectional titles and an appearance in a Regional Final.

Coach Thornburgh served as a JH Volleball coach at BRV in 2014-15 and as Junior Varsity Coach at BRV from 2015 until being named Head Coach.  She has also served as a coach for the volleyball club at BRV since 2014 and coached a team in the Munciana Volleyball program.

When asked about her new role in the BRV program she said “I am excited and thankful for the opportunity to start this new journey with the Viking Volleyball program. I can’t wait to get in the gym!”

Joining Coach Thornburgh as the Junior Varsity Coach will be Amie Williams. Amie is also a BRV graduate who played division volleyball with the Cardinals of Ball State University and will bring valuable playing experience to the program.

BRV is excited about this next step in the Volleyball Program.